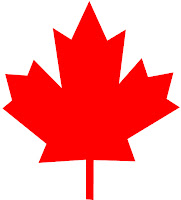 There are no Canadian players left in the postseason, but there are several members of both the Texas Rangers and St. Louis Cardinals who have ties to the Wild Rose Province (aka the Texas of Canada).  With a hat tip to Kevin Glew's Cooperstowners in Canada, here is a list of the participants with links to Alberta:

Texas Rangers:
1st Base Coach Gary Pettis - A centerfielder in his playing days, he spent 1983 in Edmonton, playing for the  Trappers of the PCL, leading the team in runs with 138, before being called up for good with the then-California Angels where he became 5 time Gold Glove winner. (editor's note:  I need to cutdown on run-on sentences!)

3rd Base Coach Andy Hawkins - This former 1st round draft pick had a couple of dubious distinctions, including winning a World Series game - the ONLY San Diego Padre player in their history with a WS win - as well as throwing a no-hitter for the Yankees in 1990, in a game he lost 4-0 - the biggest no-hit loss since the 19th century. After being released by Oakland in 1991, he was signed by Seattle and pitched for the Calgary Cannons in 1992 before shutting it down for good.

St. Louis Cardinals:
Along with having 1st Base Coach, Dave McKay, who was born in Canada, the Cardinals have some players who spent some time in Alberta.


Pitcher Kyle Lohse - Like Pettis, he played in the PCL for the Edmonton Trappers, starting 8 games in 2001 before being called up by the Minnesota Twins

With 7 Albertans drafted this year, hopefully in the next few years we will see players born in Alberta participate in the Fall Classic.
Posted by Baseball Ruben at 08:00