Every year, Daniel Shoptaw, who runs a Cardinals blog at C70 at the Bat, and is the  President of the Baseball Bloggers Alliance, does a project he calls Playing Pepper, where he gets other teams' bloggers to preview their team. Last year I participated and among my prophecies I correctly forecasted John Lackey's surprising good season, and said I was excited to see Xander Bogaerts debut, but I suspected it wouldn't be until September.  I was off by about 10 days. (Of course, I also foresaw a 3rd place finish, but even I'm not perfect).

This year I will be answering the following questions.

1) How would you grade the offseason?
2) Will the loss of Jacoby Ellsbury be significant?
3) Which roster battle will be the most intriguing during spring training?
4) What rookie, if any, will make the most impact on the team in 2014?
5) What will be the final record of the team and where will they finish in the division?
6) Which player from your team do you most enjoy watching?

Look for an updated post on or around Feb 20th with my musings on the above.
UPDATE: Post is here.

Meanwhile keep checking at C70 at the Bat as other team's previews start being posted.

Posted by Baseball Ruben at 13:37 No comments: 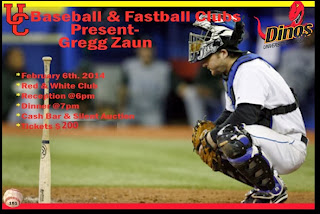 It's the time of year for fundraisers for baseball clubs, and there are a handful coming up in Alberta. Several of these have a Blue Jays related theme.

First of all, there is the University of Calgary Dino's baseball and fastball annual fundraiser dinner.  Last year, they had Hall of Famer Goose Gossage,  and in previous year's they've had such great as Tim Raines, Fergie Jenkins, Bill Buckner and more.  This year's guest is Gregg Zaun, who might be better known to Canadians as an analyst on Sportsnet than he was when he was a catcher in Toronto. He has some unpopular opinions, is sometimes controversial, but never dull!  Listening to him will certainly make for an entertaining evening. The dinner is on Thursday Feb 6th, tickets are $200 and can be purchased by calling (403) 220-7749.

The Lethbridge Bulls also have a former Blue Jay as their Legends of Sports Gala will feature Hall of Famer Roberto Alomar. This event is being held on February 22nd and includes dinner, dance and silent auction.Tickets range from $100 to $200. To get your tickets or for more information, please contact  chelsea.mereska@bullsbaseball.com or call (403)320-2025 .

Read more »
Posted by Baseball Ruben at 12:48 No comments: 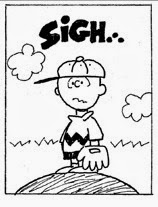 Posted by Baseball Ruben at 21:30 No comments: