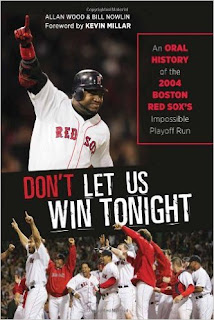 Read more »
Posted by Baseball Ruben at 16:59 No comments:

Why the Cubs will NOT Win the World Series

(or why the Red Sox won't.  Or the Rangers or Nationals or Giants or Dodgers or Blue Jays or Orioles or Indians or Mets for that matter.  Insert any team name into the title, and this post still makes sense).*

At the trade deadline I had a post showing what the impact of a adding a player to a team would be on its likelihood to make the playoffs and/or win it all.  There were two separate points. One was that a single player, no matter how good, will not make a large difference in one team’s win totals over two months. The second, more interesting point, was to show how little of an edge a great team has over a good team in a playoff series.

I have updated the spreadsheet I used to calculate the odds in that post to show the actual season end records.   Here are the results:
Read more »
Posted by Baseball Ruben at 17:48 1 comment: