Read more »
Posted by Baseball Ruben at 18:19 No comments: 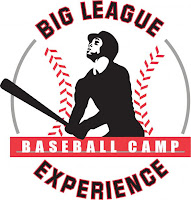 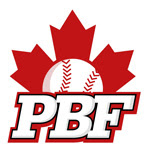 
The clinic ran for 2 days and the players who participated benefitted from the opportunity to get instructions from many top tier coaches.  The instructional staff was led by BLE co-owner and director Marty Lehn who is the Milwaukee Brewers scout for Western Canada and whose background includes coaching at the international level for Team Canada at two World Qualifier tournaments, three World Championships, three Olympic Qualifiers, the Pan-Am games as well as at the 2004 Olympics.   Additionally, he has led Team BC to 3 National Championships and was named Canadian Coach of the Year in 1998.   Lehn was joined by Red Sox Canadian Scout Chris Pritchett who was drafted in the 2nd round by the Angels in 1991 and played with them throughout his MLB career until finishing up with a stint in Philadelphia in 2000.
Read more »
Posted by Baseball Ruben at 19:45 No comments:

This is my first MLB power rankings of the year.  Let me cut right through the chase and start with my #1...

#1. Houston Astros - WHAT?  Am I crazy.  Do I know anything about baseball?  Read on to see the rest of the list and my simple explanation of why they are worthy of the top spot

Read more »
Posted by Baseball Ruben at 16:56 No comments: