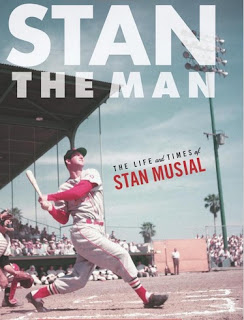 Time for my ballot for the last award that I have the privilege to vote on as part of the Baseball Bloggers Alliance (BBA) (@BaseballBlogs). I have already selected the Manager of the Year (Connie Mack Award),Top Rookie (Willie Mays),Top Pitcher (Walter Johnson) and Best Reliever (Goose Gossage).  My votes go towards the Boston Chapter of the BBA, who get 2 votes in total for each of the American League awards.  The only award left for me to vote on is the Stan Musial award given to the Player of the Year.   This was a tough choice.  Unlike in previous years where there is an obvious choice, or it's a 2 player horse race, this season there were many deserving candidates, each of whom I could vote for at #1 and not get ridiculed.   Did I select hometown favourite Jacoby Ellsbury?  Tiger ace Justin Verlander?  Did I do the unthinkable and pick Curtis Granderson, who would be my 3rd Yankee award winner?  The RSN Alberta vote for the 2011 Stan Musial Award goes to...
Jose Bautista - I ridiculed the Jays when after somehow finding a willing taker for Vernon Wells and his albatross contract,  they signed Bautista to a big extension based on one good fluke year.   I guess there's a reason I'm not a baseball GM.  Bautista followed up his fluke 2010 season by only hitting 43 home runs, while batting above .300, knocking in over 100 runs and increasing his walk total to have a .447 on base
percentage.  His OPS of 1.056 led the majors, and by all reasonable measures he had a better season than in 2010.
#2 - Justin Verlander - I'm not going to repeat myself - he had an amazing season.
#3 - Jacoby Ellsubry - There was a point in the year where I thought he was having a heck of a comeback season, and if not for the seasons that Pedoria, A-Gon and Ortiz were having, he might be our best player.   And then he seemed to carry the whole team on his back, Yaz-67 style, and there was little doubt he surpassed all our other guys.  He hit .321 while bashing 32 home runs and scoring 119. His hitting and runs could have been expected with an optimistic projection, but I don't think anyone saw that kind of power from him.  He led off most of the year and knocked in 105 runs.  He led the majors in total bases!  And he can run a little too, I've heard.
#4 - Dustin Pedroia - Had every bit as good a year as in his MVP season, but overshadowed by others.
Best of the rest....
#5 - Miguel Cabrera
#6 - Alex Gordon
#7 - Ian Kinsler
#8  - Evan Longoria
#9 - Curtis Granderson
#10 - Jered Weaver
Posted by Baseball Ruben at 11:55