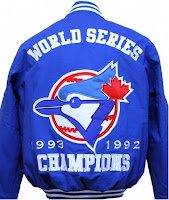 Yesterday I wrote about the Jays recent trade and warned fans not to have high expectations, based on the results of some other blockbuster deals or big signings. I outlined several examples over the past 10 or so years where teams added major parts in the offseason and didn't get the results they expected.

That's all well and good, but just because some big trades don't pan out, doesn't mean that they all won't.  So today, I'm going to look at the specific players involved in this trade, and analyze how much of an impact they can be expected to provide.

Jose Reyes is a dynamic player. A multiple time all star, he can get on base, has a bit of power and is FAST. Also plays a pretty decent shortstop (although statisically is below average).  In total he was worth 2.8 WAR (wins above replacement) last season.  He will be replacing Yunel Escobar who wore out his welcome in Toronto with his homophobic pranks. Escobar doesn't get on base quite as much, has slightly less power and is nowhere as fast. Obviously not as good as an all around player, although slightly better with the glove.  All in all he was worth 2.3 WAR last year.  Wait, what?  The difference between these 2 players over the course of a season is 1/2 a win.  That means, that all things being equal, a team with Reyes at shortstop will on average win 1 more game than a team with Escobar over 2 complete seasons. I know you don't believe me. But this is assuming both players perform the exact same way they did last year.  Early in his career Reyes had a couple of 5+ WAR seasons.  If he can somehow duplicate that, then the Jays are 3 or so games better than with Escobar.

Mark Buehlre: I'll cut to the chase.  In his career he has struggled against the AL East. The good news is that he won't have to face the Blue Jays. The bad news is that he'll pitch against the rest of the division more often. The inconclusive news is that this stat might not matter. Small sample size, he won't be pitching against the Ramirez/Youkils Red Sox and maybe it was Jorge Posada or Bobby Abreu who destroyed him as Yankees. I don't know / too lazy to look it up.  I'll assume the best case scenario that he'll pitch the same way he has throughout his career.  He's been a pretty consistent 2 WAR pitcher, maxing out at 4.2 a few years ago, and had a 1.8 last season.  He'll be replacing Henderson Alvarez, who although pitched the most inning for the Blue Jays was pretty much the definition of "replacement level", garnering a 0.1 WAR for the season.  Optimistically, let's say he has a career year which would be a 4 win improvement.

Josh Johnson is another all-star caliber pitcher. Potentially. He was mediocre last season, but had a pair of 5 WAR seasons early in his career. If he can duplicate that, pencil him in to add 5 wins to the Jays (as he'll be bumping whoever the #5 starter was out of the rotation).

John Buck is a back up catcher. He'll replace Jeff Mathis.  Not going to waste my time looking up the numbers, I don't think he's the reason why anyone is excited over this trade. Let's call that even.

Finally, Emilio Bonifacio is also headed north. He's a utility player who may become their everyday 2nd baseman. He can also play the outfield but the Jays are set there. So at best he'll be replacing Kelly Johnson who left as a FA. I don't think he can duplicate Johnson's numbers, but again, let's be optimistic and call it a wash.

So if we assume none of the prospects the Jays gave up would have helped the big league roster next year,  and career best seasons from the haul they got back, the Jays could expect to win 12 more games.  That would get them to 85 wins.  And of course all these assumptions are EXTREMELY optimistic. Realistically, I would predict that combined these players will net the Blue Jays an extra 7 wins.  Now, the Jays may still end up making the playoffs, but if they do, it will due to contributions from other players. Duplicating the results of last year, and the new additions will only get them to about 80 wins.  Any additional increase will be a combination of players bouncing back from poor seasons, somebody having a career year, and unexpected contributions from rookies and bench players.  (they will also need help with avoiding injuries, outperforming their expected pyth record,  better then expected BABIP, and other sabrmetric things that can be called "luck" for simplicity).  It could happen - just like the Orioles and Oakland won over 90 games this year - but you should not expect it to.
Posted by Baseball Ruben at 17:00