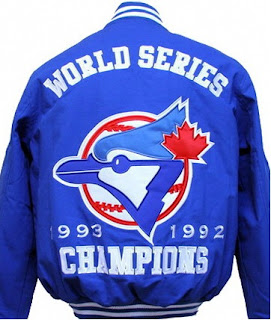 I just wrote a post on my Baseball in Alberta blog about what impact the Blue Jays trade could have locally. As a Red Sox fan, I realize that it impacts our team as well, so I am reposting here, with a few edits.


Our division rival, the Toronto Blue Jays pulled off a blockbuster deal and have added 4 all-star players to their roster.  Money aside (Rogers still has a few excess billions), the only cost was  a controversial shortstop (whom will be replaced by one of the premier shortstops in the league), an under-performing pitcher and some prospects.  And although some of these prospects might pan out in future years, it’s not as though any of them were the kind of prospects that your average baseball fan was following in the minors – a la Bryce Harper or Jesus Montero. In fact it wasn’t even the top organizational prospects – but their consensus #2, 5 and 8 guys.

Should we concede the division right away?  Do we have no hope of competing against the re-tooled Blue Jays next season?  Not so fast.....

This trade will make Toronto a better team for the immediate future.  It may even help their chances of making the playoffs, but we're jumping to conclusions if we assume any more than that.  Remember how we felt when we added A-Gon and Carl Crawford to our already potent lineup?  It was a foregone conclusion that we would win the division, most of the chatter around the baseball message boards was if we would break the 100 win barrier or not.


Anyhow, there are two ways we can look at this:  Look at individual player's impacts, or look at what history tells us about the fate of teams that made huge acquisitions, bolstering their rosters in hope of attaining that elusive championship.  Today I'm going to start by looking at history for some parallels.  In my next post, I'll analyze this specific trade more closely.

Let me start with the Baltimore Orioles of the late 1990s.  In 1996 they almost beat the Yankees in the ALCS, losing a game on a controversial home run call. In 1997 they won 98 games and returned to the ALCS but again lost, this time to the Cleveland Indians. In 1998, they took a step backwards only winning 79 games.  Something needed to be done, so they made a big splash in the offseason.  They signed slugger Albert Belle who was coming off a career year (49 HR, .328 BA, 399 total bases - Jim Rice in 1978 was the only player since Joe DiMaggio in 1937 to break the 400 mark) to a 5 year $65 M contract. They added three more all-stars, trading for catcher Charles Johnson and signing closer Heathcliff Slocumb and Will Clark.  Things were looking good in Oriole land.  For sure they'd be back to the playoffs with a chance to get to the World Series this time!  Except that the plan didn't exactly turn out as envisioned, and they only won 78 games the next season, and in fact only in 2012 did they finally win more than the 79 games that they retooled from after the 1998 season

2010 Boston Red Sox
Agon, Crawford, yada yada, I don't even want to write about it anymore. Thank goodness for the Punto trade, that's all.

2012 LA Dodgers
During the 2012 season, the Dodgers started off strong, building up a 7.5 game lead on their competition before the end of May.  But a weak June allowed the San Francisco Giants to catch up and throughout August and July they were neck and neck.  At the trade deadline they added 2 time all star Shane Victorino and batting champion and 3 time all star Hanley Ramirez.  Still going neck and neck on August 25th they agreed to the "Punto trade", getting all stars Adrian Gonzalez and Josh Beckett. The acquisition cost was high in both the price of prospects, and being saddled with Carl Crawford's remaining $100 + million in salary obligations. But it would be well worth it to win the division or at least get a wildcard spot, and go into the playoffs with both their offense and starting rotation bolstered.  Well, when Gonzalez hit a 3 run home run in the 1st inning of the first game he played for the Dodgers, things were looking good! Unfortunately they played sub .500 ball the rest of the season and ended up 8 games behind the to-become-World-Series-Champion San Francisco Giants

In my next post, I'll use some numbers to demonstrate why fans usually grossly overestimate the value of new acquisitions.  Stay tuned....
Update:  Here it is