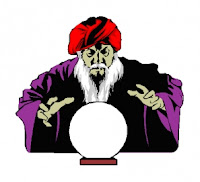 Now that all the playoff matchups have been set, it is time for me to make postseason predictions.  But in keeping true to the spirit of this site, these will be based on the amount of Canadian (and bonuses for Albertan) content of the playoff rosters, as well as links to Red Sox players.

Let’s start with the American League:  The wildcard match features the Texas Rangers who will host the surprising Baltimore Orioles.  The O’s don’t have any Canadians or any former Red Sox players.  Texas has BC native Ryan Dempster as an available arm, as well as former Red Sox Adrian Beltre and David Murphy in the lineup.
This is an easy pick – Texas will advance to the LDS.
There they will face the New York Yankees in one of the League Division Series.  New York has Canadian catcher Russell Martin (who I have on good authority was actually born in Calgary, despite what official records show), and A-Rod who may be the best player to ever play professionally in our province.  As well, they have “One Of The 25”, Derek Lowe, who was instrumental in helping us win the 2004 World Series.  But A-Rod only had a short stint playing with the Calgary Cannons when he was 18, so I can’t give much credit for that, and besides the best 3rd baseman on the field during this series will be Beltre who as noted above once wore the red hose.  And really, how can a Red Sox blog predict a Yankees victory? Rangers in a close one.

The other LDS will feature the Detroit Tigers and Oakland A’s.  The only Tiger player with a connection to Boston is Anibal Sanchez who was invaluable in helping us win the 2007 World Series by being involved in a trade for Beckett and Lowell.  Detroit’s only connection to Canadians is a literal connection - a bridge or tunnel that you can take (due South no less), to get to Canada.  Oakland has former Red Sox Brandon Moss, Coco Crisp and Josh Reddick.  As well, catcher George Kottaras is not only a former Red Sox player but he is also Canadian.  Double points for that!  Oakland will be able to easily dispose the Tigers in this one, in spite of Justin verlander and Miggy Cabrera.
That will set up the ALCS between the two teams that just finished fighting for the AL West title. Based on these teams links to Canadian and Red Sox ballplayers, I see no reason to not pick Oakland to beat Texas again.

The National League isn’t as clear cut.  The wildcard match has the St. Louis Cardinals traveling to Atlanta to take on the Braves.  No Cardinal players have any connections to the Red Sox.  A minor Alberta connection in Kyle Lohse who is starting tomorrow’s game,  did play minor league ball in Medicine Hat when he was starting out his professional career with the Pioneer League Rookie Blue Jays.  Atlanta, however, has two former Red Sox on their roster.  Catcher David Ross (look it up – I had to!) and Eric Hinske.  The Braves will advance.  (Although I hesitate to predict no playoff victories for St. Louis, like I did last year)
And when they do, they will need to face the Washington Nationals.  Not a lot of connections on the Nationals either.  They do have Adam LaRoche who was a Red Sox player for an even shorter amount of time than David Ross, and Mike Gonzalez, who was a Red Sox player on paper only, and I don’t think even made the plane trip to Boston as he was getting traded and then traded back to Pittsburgh back in 2003.   Jordan Zimmerman is a Canadian, whose brother Jeff went to high school in Calgary. Unfortunately, it’s not THAT Jordan Zimmerman, so I can’t find any Canadian connections.  Oh, wait, this franchise used to play home games in Montreal.  Good enough for me, the Nationals will easily advance to the NLCS.
The other LDS will see the Cincinnati Reds take on the San Francisco Giants.  The Giants have former Red Sox Marco Scutaro and Javier Lopez on their roster.  The Reds have another “One Of The 25”, Bronson Arroyo aka “Saturn Nuts”, pitching for them.  This is a close one so far, but Cincinnati also has Canadian first baseman Joey Votto.  That tilts the scale heavily to the Reds’ side.
That sets up the NLCS between a team that used to play in Canada, with a team that has the best Canadian baseball player currently on it.  I’ll take the present over history, Reds on to the World Series.
So the World Series will feature the over-achieving Oakland A’s against the Cincinnati Reds.  The Red Sox connections are evenly matched.  Oakland’s former Red Sox players are an integral part of the team.  Just think of where they would they be without Josh Reddick?  Conversely Bronson Arroyo may be the last starter in the Reds’ playoff rotation.  But for Oakland, only Coco Crisp has a ring with two red socks on it, and his main contribution in 2007 was not complaining when he was benched for Ellsbury.  Meanwhile Arroyo was an integral part of the 2004 victory (remember the A-Rod glove slap?).  So I think these factors even out.  On the Canadian side, Oakland has George Kottaras while the Reds have Joey Votto.  Enough said.  The season started with an opening day parade in Cincinnati and will end with a World Series victory parade there as well.

REMINDER: You still have time to enter your predictions in this playoff contest.  Look here for the full rules, and leave your entry in the comments section or e-mail me.  So far you have a good chance of winning as I’ve only received 4 entries.  Based on the above, mine looks like this: