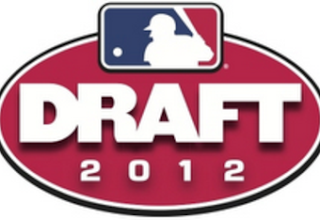 The draft starts tonight... in a few minutes, actually.   And the Red Sox get  picks in the 1st and supplemental rounds today.  Numbers 24, 31 and 37 overall.  I won't be holding my breath tonight to see if the Red Sox select a Canadian.  We have produced some pretty good ballplayers... the Sox themselves even took one in the 1st round one year, but none of the top Canadians are expected to go in the first couple of rounds this year.   But I will be anxiously watching tomorrow and Wednesday to see if we do draft (and sign!) a Canadian, eh?
Last year, a player who went to high school right here in Alberta was selected by Boston in the 34th round, but elected to go to Eastern Michigan instead of signing.  But there a lot of good Canadian baseball players, including several from our province who are expected to be drafted in the next couple of days.  Hoping the Red Sox select one of them.  Stay tuned.....
Posted by Baseball Ruben at 16:59