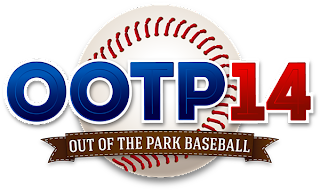 (Not to mention the Yankees and Rays who are always strong opponents and let's not forget Baltimore who won over 90 last year).  Some of the other changes include the way new players make it to the show. Sure, there is the annual draft, but more options have been added including getting hidden talent from Indy Leagues, so players like Daniel Nava can hit a grand slam on the first pitch he ever sees in the MLB while seemingly coming out of nowhere.  There is a new fielding rating development system, improved scouting system and better player development tracking.  There are also many other changes and improvements to this game that you can read about here. Red Sox hero Curt Schilling said  "There is no comparison to any sports sim I've ever played" in reference to last year's version.  This year's improvements will no doubt make this game even better than it already is.

You can wait for the game's release to order it, or you can order it now and get several benefits:  First, if you order before February 15th, you save $5 off the regular price and are also entered into a draw to win a 64GB iPod touch or a $100 Amazon gift card (which you could use to buy something the full 2004 World Series Collector's Edition DVDs  and still have credit left over for more great Red Sox books).  More importantly all the pre-orders allow you to get your hands on the game 3 days before it's official release.

If you really, really, can't wait, and you don't have previous versions, you can also still get the OOTP13 version for half price.  There is also an iphone/ipad version for only $2. (Available from iTunes Canada here)