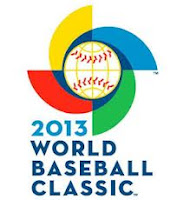 The World Baseball Classic is starting soon, and Team Canada is hoping to add to its accomplishments in the International stage.  In the inaugural WBC in 2006, they shocked the world by upsetting Team USA.  More recently they won bronze at the World Cup in 2009 and again in 2011 and beat the US to take Gold at the Pan-Am Games in 2011.  Last fall Canada's Junior Team won Silver at the IBAF 18U World Championships.

Now they are ready to compete in arguably the world's biggest international baseball stage in the 2013 World Baseball Classic.

First of all, Canada made the 2013 WBC thanks to the its efforts in the Qualifier Tournament last fall. Twelve nations had spots guaranteed in the WBC and Canada was one of 16 teams that had to battle in the Qualifier Tournament to get one of the final four spots. Because it was held in September, Joey Votto, Russell Martin, Brett Lawrie, Justin Morneau and the other Canadian MLB stars were unavailable. But Team Canada persevered and won the right to play in this year's World Baseball Classic.  That team had several Albertans including: Edmonton's Mike Johnson, current technical director of Baseball Alberta and a Blue Jays draftee who played for the Expos; Sheldon McDonald of Spruce Grove who is currently in the Chicago Cubs organization; and Bow Island's Skyler Stromsmoe who is knocking on the door of the World Series champions, having played for the Giants' AAA affiliate last season.

The full roster for the current team can be seen at  the Canadian Baseball Network.  But once again, there are several Alberta connections.  Milwaukee Brewer reliever Jim Henderson from Calgary is the only Alberta native on the team, but joining him are Jay Johnson who is a lefthanded pitcher in the Phillies organization and who played high school and college ball in the southern end of our province, with the Vauxhall Jets, Prairie Baseball Academy Dawgs and Lethbridge Bulls. As well, Dustin Molleken who is also a pitcher who played with the Prairie Baseball Academy will be on the team.

Canada is in Pool D which is playing its games in the Phoenix area starting on Thursday March 7th. They are starting with a couple of exhibition games on Tuesday and Wednesday against the Brewers and Reds.  The first Pool game for Canada is on Friday March 8th against Italy, and then they take on Mexico and the US on Saturday and Sunday.  If they advance they will then play in the 2nd round which will include the top two teams from Pool C (out of Venezuela, Spain, Puerto Rico and Dominican Republic) in Miami starting on March 12th.  And if they're one of the two top teams, they will advance to the medal round in San Francisco where the semi-finals will be held on Mardch 17th and 18th, and the championship game on Tuesday March 19th.

Stay tuned to the Canadian Baseball Network for the latest update on Team Canada.
Posted by Baseball Ruben at 18:20