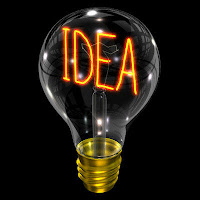 I was listening to the weekly (when does it switch to daily??? I'm Jonesing here!) ESPN baseball today podcast hosted by Eric Karabell (@karabellespn) in which some proposed radical changes were discussed. This week's episode had Keith Law (@keithlaw) on it (he takes turns with Mark Simon (@msimonespn) as co-hosts).  I love listening to all of these guys, although I really miss the wit and sarcasm of Peter Pascarelli who got me hooked on the show in the first place.   But I digress.  My point is just that if you're a baseball fan - and if you're not, I'm not sure how you landed on this page in the first place(!) - you should really listen to this show. It's infinitely better than any of the local sports radio talk shows that you may listen to, and offers a very insightful view into the world of MLB baseball.   Anyhow, one of the proposed radical ideas that had been suggested and was very quickly and unceremoniously dismissed by Mr. Simon, was the idea of having baseball adopt what is used in English Football (i.e., soccer!) where the worst teams in Division I get bumped down to Division II, and the best teams in lower divisions get to move up.  As stated I completely agree it's a bad idea, and there are a million reasons why it won't work.  Can you imagine if Pawtucket wins the International League title and gets to move up to the MLB?  How could they survive financially in their 10,000 seat stadium?   And how well would they fare against established franchises?  And how well would the Astros draw if they were playing against Omaha or Nashville or Albuquerque?  (As a benefit, I suppose they might win some games but nodody would be watching).
Not to mention what it would do to the established minor league affiliate structure.  The Red Sox might be planning on trading Youkils because Will Middlebrooks (@16wmbrooks)  is ready for the show, but all of a sudden the PawSox are in the majors, and the Red Sox no longer have access to their top prospects - they are now playing for a rival.  What a mess!!!  I can't even begin to think how this would work.

However!
With a slight twist to this suggestion, I have an idea that I think would work, would help the competitive balance, and would keep more teams in a playoff race all season. It is to simply change the idea that the worst teams would go to the minors, and the best minor league teams to the majors, to keeping the MLB teams as they are, but splitting each league into 2 divisions.  Effectively a Division 1 and a Division 2.  Each of the American and National Leagues would have 8 teams in Div 1, and only those teams are eligible for the World Series.  The Div 2 teams would also have playoffs to earn the right to move up to Div 1 the following season.
I would propose that the Division I not be split into any arbitrary divisions like the current leagues are.  They would each simply be an 8 team league.  The top 3 teams would make the playoffs.  The regular season pennant winner would get a bye to the LCS, and the 2nd and 3rd place teams would play each other in the division series. Now you have 3 out of 8 teams making the playoffs, with possibly other teams in a race to the end, and as well you have a race to avoid coming in 8th place... So potentially there are 5 or 6 teams in a "pennant" race from each of the 8 team leagues.
Division 2 teams would have a similar playoff structure... although there would be no penalty for coming in last place.
To keep interest in the Division 2 teams, they would still play teams in Division 1 and all games count in the standings (just like today's interleague games).  If we keep the current teams without further expansion, you would have 8 teams in each Divison 1 and 7 in Divison 2.  (I would move Houston into the AL).  This also eliminates the problem with having an odd number of teams and allows for expansion to happen 1 team at a time.
Division 1 teams play each other 12 times, play interleague games against the other 8 Division 1 teams 4 times and play the Division 2 teams (from both leagues) 3 times each.  That works out to 158 games, so maybe they play some of the teams in their own division 13 times instead to keep the traditonal 162 game schedule.  The Division 2 teams, play each other 12 times, 3 times against each of the Division 1 teams, and 6 times against the Division 2 teams in the other league.  That works out to an even 162.
Let me use last year's standings as an example of how this would have worked, if the top 8 teams went to Division I, and ended up with the same record they had.  (NOTE:  The win totals would have to be different because the good teams would be playing all the other good teams more often, so their win totals would go down, but I'm using last year's win total just as a representation)
American League Division I:
Yankees - 97
Texas - 96
Detroit - 95
Tampa - 91
Boston - 90
Angels - 86
Toronto - 81
Cleveland - 80
New York would get a bye into the ALCS, and Texas and Detroit would battle for a chance to play the Yankees.  Note that all 3 of these teams would have a large incentive to play to win at the end of the season, because they would all want the bye.  Boston and Tampa would be trying hard to catch up to these teams.  Meanwhile Toronto and Cleveland would be having a race of their own to avoid last place and being sent down to Divison II.  Heading towards the end of the season, the Angels might be the only team that really has  no incentive to win.  That's 7 teams in a race of some sort until the end.
In Division II:
White Sox - 79
Oakland - 74
Kansas City - 71
Baltimore - 69
Seattle - 67
Minnesota - 63
Houston - 56
Here, the White Sox would move on to the Division II ALCS and Oakland and KC would also be playing meaningful October games.  Baltimore and Seattle would be fighting to the end to get a playoff spot. So in total we have 12 out of 15 AL teams involved in a race at the end of the season.

National League - Division I
Philadelphia - 102
Milwaukee - 96
Arizona - 94
St. Louis - 90
Atlanta - 89
San Francisco - 86
Dodgers - 82
Washington - 80
Philadelphia would get a deserved bye into the NLCS, while Milwaukee and Arizona played in the Division Series.  Note that St. Louis would miss the playoffs and not have a chance to have won the World Series.  If you're a Cardinals fan you probably don't like this.... but this makes the 162 game schedule more meaningful, and winning an easy division - or a wildcard due to lots of easy wins - will not be rewarded. If you like the NBA or hockey style playoffs, where every half competent team gets into the playoffs and the regular season is really just a tune up, well, we will need to agree to disagree.  Anyhow, in this scenario the Nationals and Dodgers would also be fighting neck and neck to avoid a demotion, so 5 teams involved in a race.
Divison II:
Cincinnati- 79
Mets - 77
Colorado - 73
Florida - 72
Pittsburgh - 72
San Diego - 71
Cubs - 71
Cincinnati would advance to the Division 2 NLCS, with the Mets and Rockies playing off against each other for the right to play the Reds.  But this race would get really interesting because EVERY single team would have a chance until at least the second last day of the season to make the playoffs, and possibly move up to Division I.

If the standings did end up like this, the Indians and Nationals would get moved to Division II, and the playoff winners from Division II would move up... Maybe the White Sox and Reds if the favorites won.

So what do you think?  IMO, it's better than the one game wildcard playoff, Bud is trying to implement for this season.   Mr. Selig: If this idea is ever implemented, I expect a share of the royalties.
Posted by Baseball Ruben at 13:59