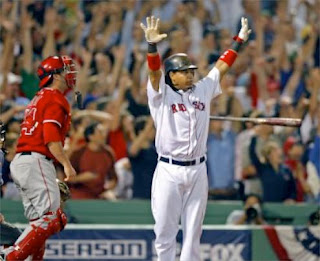 Epilogue: The Red Sox lead did not last long and by the end of the month they were chasing the Yankees who ended up running away with the division in what turned out to be a disappointing season.
Posted by Baseball Ruben at 19:29