It's time of the year to get ready for playoffs (which hopefully will include our Red Sox), but it's also time to start thinking of the year end awards.  Over the next few days I will publicly post on this blog my ballot for each of the main awards.  As part of the Baseball Blogger's Alliance, I will be voting on the following awards:

All these awards should be based on what the candidates do during the regular season, so I will select them ignoring what they may or may not do in the post-season and will post these over the next few days.
However, I wanted to get a jump on the Connie Mack Award, as I don't want the results skewed by what may or may not happen in Game #162 and/or 163. 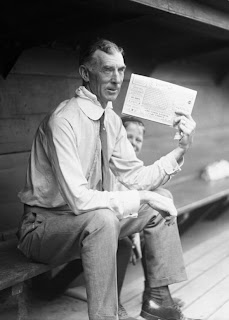 Here is my ballot:

It pains me to give this award to Girardi, but I think he deserves it.  I (among many others) made fun of the Yankees' pitching rotation and their off-season acquisitions, and gloated when Cliff Lee spurned them and Pettitte did not join them. There was ample opportunity for the team to collapse in internal turmoil, whether from the Jorge Posada controversy, or from Jeter being potentially moved down in the lineup when slumping, or AJ flipping Girardi the bird on national TV.  Their pen included Joba Chamberlain who was lost for the season at the beginning of June and Rafael Soriano who had fans hoping would be lost for the season when he had an ERA north of 7 by the end of April.  After CC their starters included Phil Hughes who went on the DL after putting up an ERA close to 14, AJ Burnett who at one point was their #2 (no, seriously) and Bartolo Colon who had not thrown 100 inning since 2005.  It was so bad that they hoped Kevin Millwood who went 4-16, with an ERA over 5 last year would be able to come help them.  But somehow he kept this team together and easily won the division.  Sure Boston's late season collapse had a lot to do with them winning, but he managed to squeek almost 100 wins out of his team somehow.  Congratulations Joe, and I wish you the worst of luck in the playoffs.

Joe Maddon is my second choice, based on taking a team that almost everyone thought wouldn't be competitive after losing their entire bullpen, and several key starters including Crawford,  Pena, and Bartlett, and playing a meaningful game #162. This isn't the first time his team has outperformed expectations.  The Extra 2%

chronicles how they went from last to first.  Even if they get into the playoffs, he is not getting the #1 spot on my ballot because if they get in it's due to the Sox collapse and Maddon can't entirely get credit for that.  But he did lead them to 90 wins and that's worth something.

Third place goes to Ron Washington.  His team fought off the Angels when necessary and he showed last year wasn't a fluke.
Posted by Baseball Ruben at 20:35