Now that spring is officially here (I measure seasons based on baseball, not some random tilt of the Earth's rotational axis), I wanted to post my way too premature prediction on what the Red Sox Opening Day roster will look like.

There are many obvious positions, but as always, there will be some interesting choices to be made for the last couple of spots.

Let's start with the pitchers:

David Price, Chris Sale and Rick Porcello are guaranteed the top three spots in the rotation (in no particular order) barring any kind of disastrous injury.  The last two spots are more interesting.  The highest ceiling candidate for them is Eduardo Rodriguez.  But if he takes spot #4, who gets left out of the rotation?  Last year's AL all-star Steven Wright?  Or the lone representative from the hometown Padres in the NL all-star game, Drew Pomeranz?
This is the kind of "problem" a lot of teams (and individuals) wish they had.  Can you imagine if my biggest problem this weekend was deciding on who to go out with -  the voluptuous blonde or the tall brunette with gorgeous eyes?  Life would be incredibly difficult if I had to face these types of problems all the time.....  Anyhow, if Rodriguez is in the rotation one of the other guys will be forced to the bullpen.  And if there's an injury and someone needs to make a start they won't be stretched out, and we'll be forced to bring up somebody from Pawtucket. For this reason, I suspect Rodriguez will start in Pawtucket (he's the only one with options left), and will be the first man up when necessary. Note:  Both Wright and Pomeranz are recovering from injuries, so there's a good chance one of them will start the season on the DL, opening up a major league roster spot for EdRo.
Starting Rotation
- David Price
- Rick Porcello
- Chris Sale
- Steven Wright
- Drew Pomeranz

Now the bullpen.  Craig Kimbrel will be the closer, and Tyler Thornburg and Joe Kelly the setup guys.  Robbie Ross will be the main lefty (but not necessarily a LOOGY, as he can have success against righties as well).  There are three spots left for several other pitchers including Matt Barnes, Heath Embree, Andy Abad, Robby Scott, Noe Ramirez, Brian Johnson, Henry Owens and Roenis Elias.  The last three guys on this list are starters, and they will need to start in Pawtucket and we will probably see them at some point during the season (more often than not, teams need 10+ starts from pitchers other than the 7 who started most of their games. So not only do you need reliable #6 and 7 guys, you need some others who can come up and give you some starts). I think Matt Barnes is a lock for the fifth bullpen spot, leaving two spots open.  One needs to be lefthanded, and I'm leaning towards Robby Scott over Andy Abad.  The last spot will probably go to Heath Embree, although I wouldn't be shocked if Noe Ramirez snuck in there.  Also, at some point in the season Carson Smith will be off the DL and will be a welcome addition to the pen.
Bullpen:
- Craig Kimbrel
- Tyler Thornburg
- Joe Kelly
- Robbie Ross
- Matt Barnes
- Robby Scott
- Heath Embree

The real interesting decision is going to be catchers.  Sandy Leon came out of nowhere to display some Ruthian power (slight exaggeration, but he slugged .476 - the same as Johnny Bench's career mark).  Was this for real or a fluke?  More importantly, can you determine the difference in a handful of meaningless spring training games? Christian Vazquez has been getting defensive accolades his whole career.  Unfortunately it's tough to carry a 54 OPS+ bat in a majority of your games.  Starting that twice a week is more palatable. And then there is Blake Swihart.  The most athletic player of the bunch, I believe he still has the highest overall potential.  His defense will likely never be elite, but if he can hit like he demonstrated in the minors, his defense just needs to be passable for him to be an above average performer.   Unfortunately, just like with the logjam with our starting pitchers, Swihart still has options, while the others don't, so he's the most likely to start at AAA.  I do expect him to get called up sooner rather than later, however.

The outfield should have no surprises or controversy. Left to right it will be Benintendi, JBJ and Mookie.  Chris Young will be the 4th outfielder, hopefully getting some starts to spell Benny (.179 vs lefties) or JBJ against tough lefties. The only issue is if there are some injuries, there is not a lot of depth on the farm.

Most of the infield is set.  Moreland, Pedroia, Xander and Panda are the presumed starters with Hanley at DH.  Against some lefties, Chris Young may DH and Hanley will man first base.  Brock Holt will be on the team to backup every position.  If Sandoval falters, Holt may end up playing the lion's share of third base.  If you've been counting, that's 24 spots filled, leaving room for the fungible back up middle infielder.   On the 40 man, the Red Sox have Deven Marrero, Marco Hernandez and Josh Rutledge.  Marrero hasn't shown much in his previous callups.  Josh Rutledge was a Rule 5 (not V!!!!) draft pick, and if he doesn't make the roster will be lost to the Rockies.  I think that alone gives him the edge over Hernandez.

Can't wait for Opening Day, to see how wrong I am.

Oh, and since I'm posting this on the 14th of Feburary.... Happy Valentine's Day, everyone! 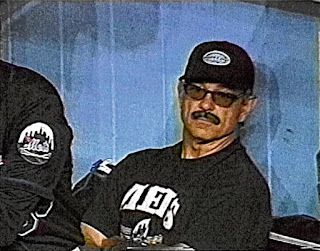