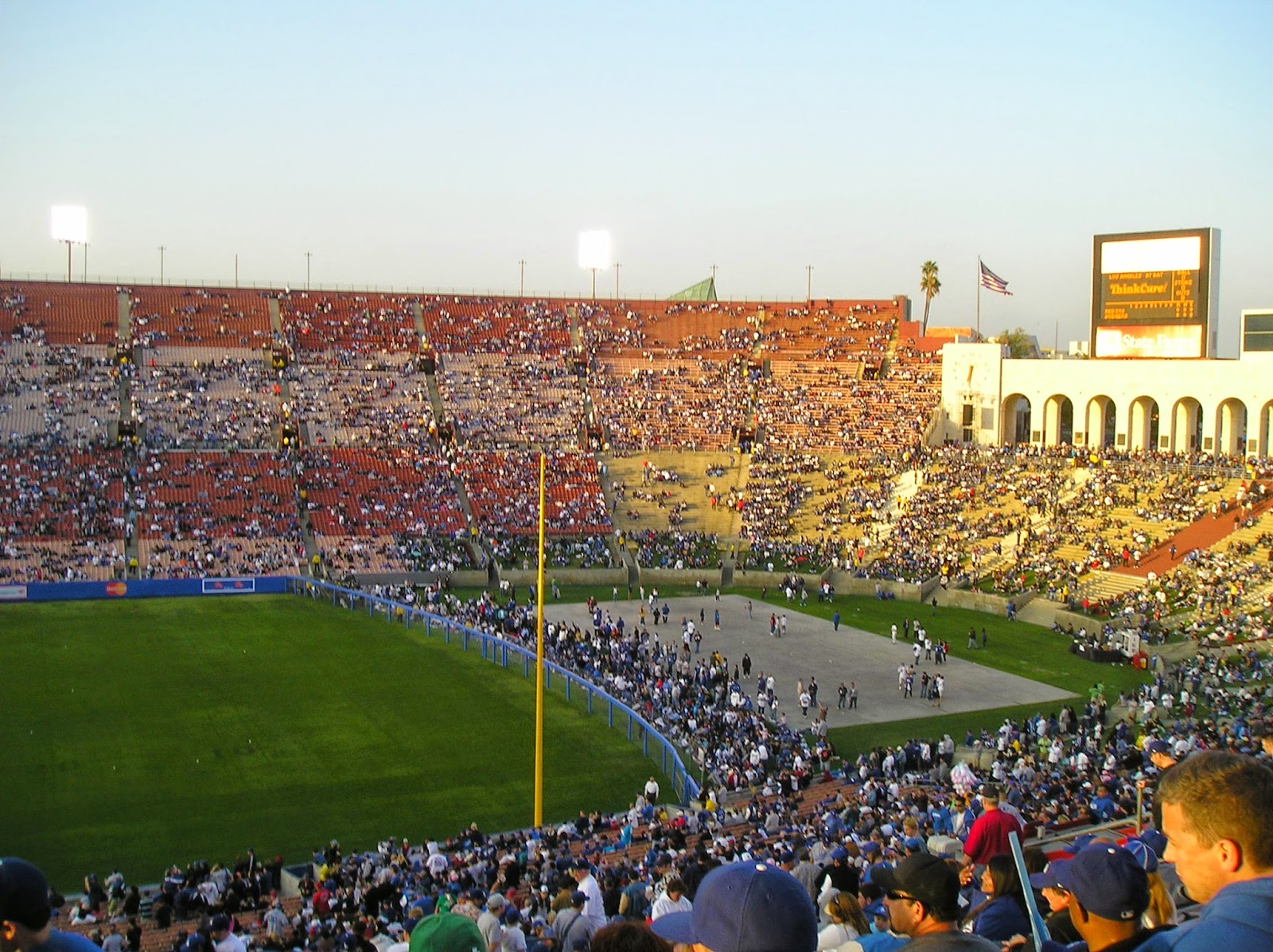 That was seven years ago. As part of the Dodgers 50th anniversary of moving to California from Brooklyn, they hosted three exhibition games against the Red Sox, the main one at the LA Coliseum. I made the 24 hour drive to be able to witness history along with my son and 115,298 other fans. It was well worth it! Was able to talk to and obtain autographs from players from both teams, saw a bunch of celebrities, and witnessed some interesting baseball. 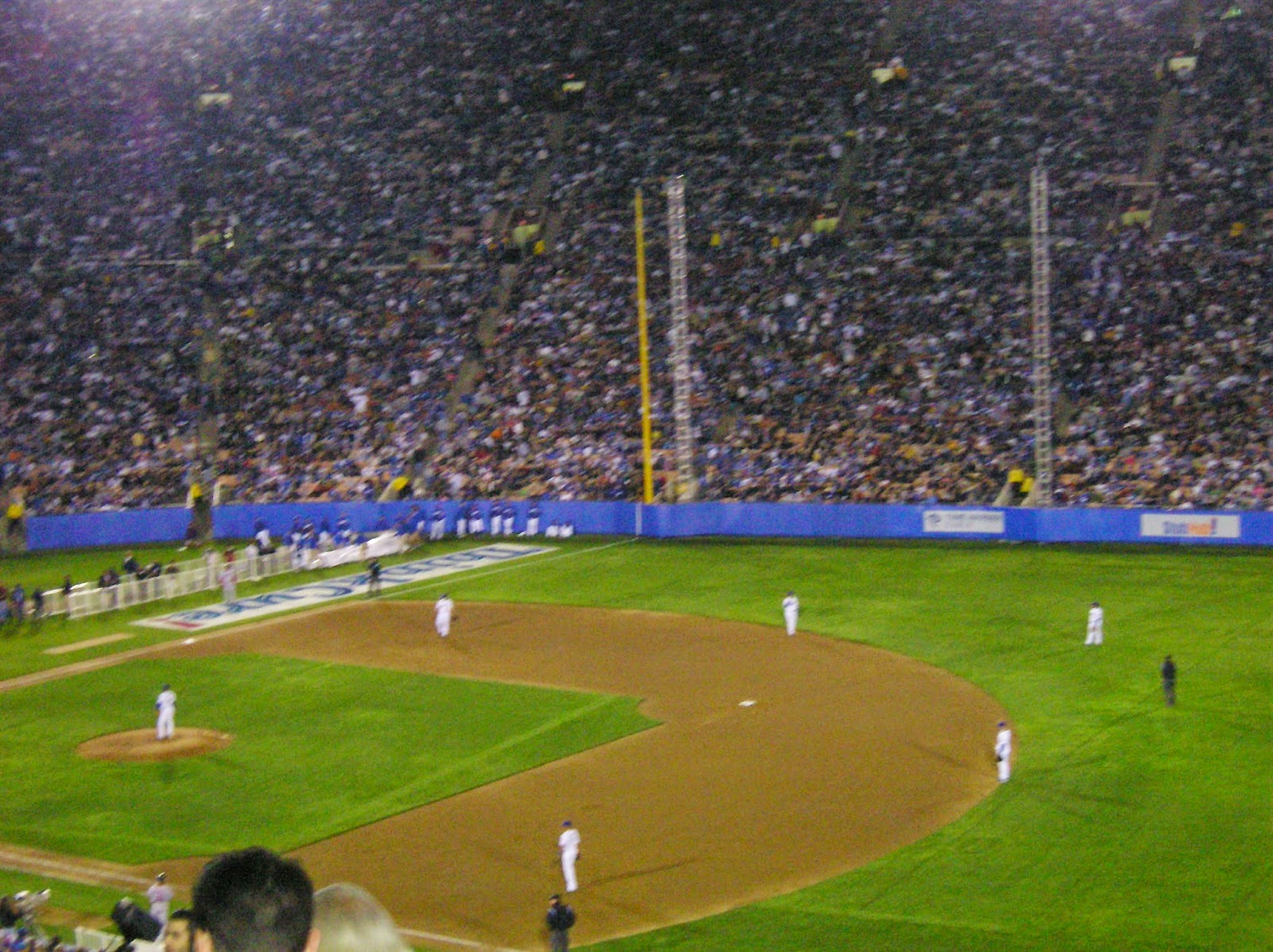 First the baseball highlights: As left field was barely 200 feet from home plate, the Dodgers played the entire game with two outfielders and five infielders.  The "center fielder" basically played behind second base and the shortstop played deep to be able to go back on most pop ups while the left fielder played in deep center. The picture on the left shows the aligment. This led to an interesting scoring play when Ellsbury tried stealing second base. He was thrown out (for possibly the first time ever in the MLB? He had been perfect in his late season 2007 calllup) and the tag was applied by Andruw Jones.  So, your typical 2-8 caught stealing.  Also, Kevin Cash, who is one of the worst offensive players in the history of baseball (this is not an exageration, you can look it up) hit a 3 run homerun over the short left field fence. (This is NOT a criticism of Mr. Cash. He is a much better baseball player than almost anyone I know personally, and he was gracious enough to give me his autograph).

Speaking of which I also got a bunch other autographs. Among them Okajima, and Javier Lopez

And most importantly we got to speak to and get a card and ball autographed by a Dodger, who will always be fondly remembered as a Red Sox, Nomar Garicaparra: 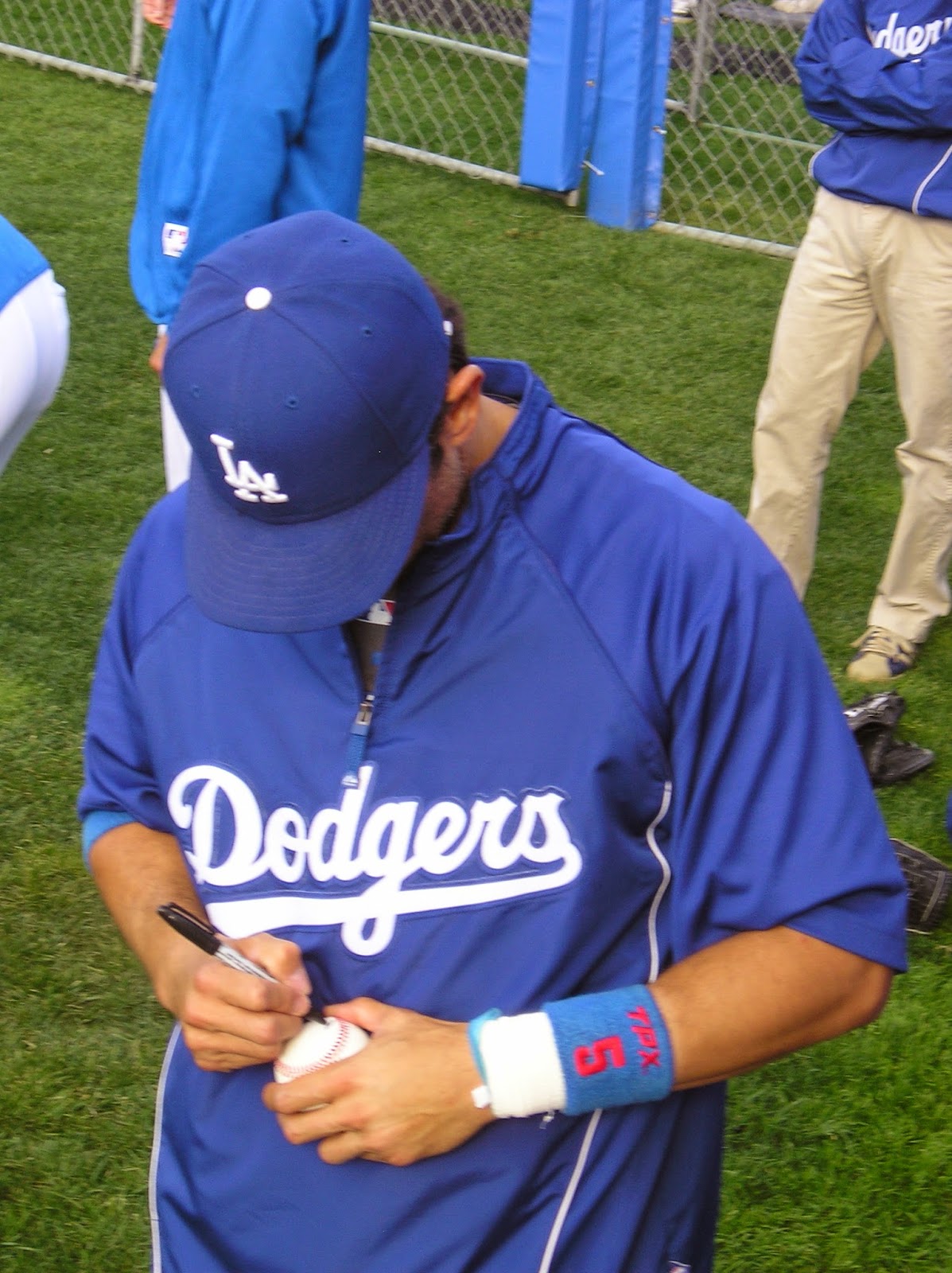 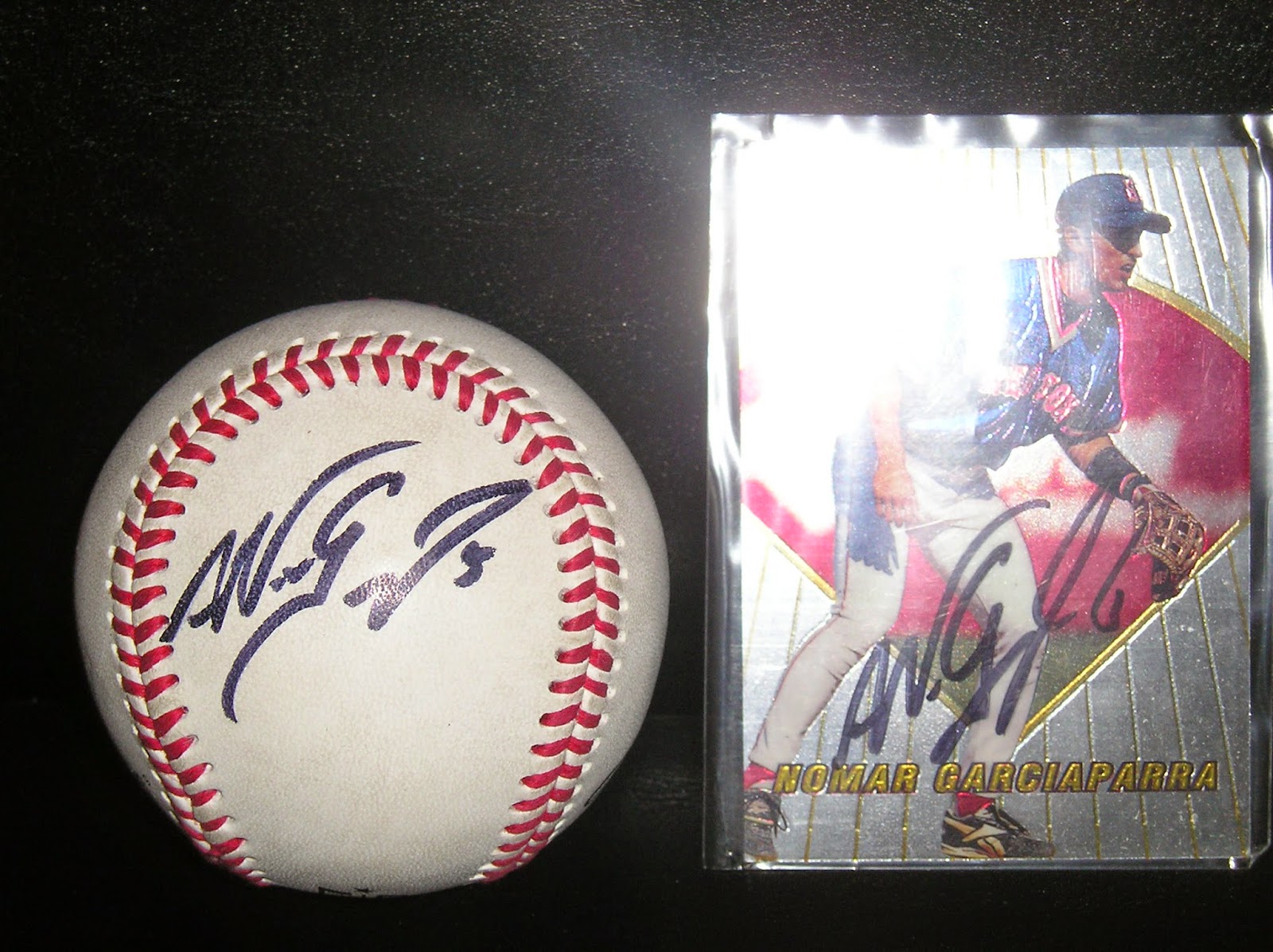 Also saw lots of LA celebrities, including Kareem Abdul-Jabbar, Vin Scully and Steve Garvey.
Our seats weren't the greatest, but at least we weren't among the thousands of fans that had to stand in the endzone and watch from there.
All told I had a great time. I was part of the largest crowd to ever witness a baseball game, and had lots of memorable experiences.