Where is the home field advantage in baseball? 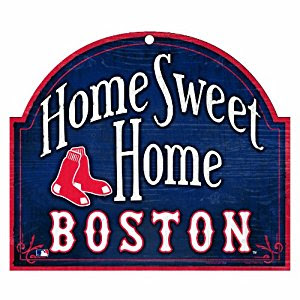 In most major sports, teams usually have a measurable (i.e., statistically significant when other issues are factored in) home field advantage.  That is, they win more games at home than on the road, when playing the same teams or teams of equal caliber.  There are two main reasons for this:

1 – Generic advantages of playing at home:
This includes things such as: less tired from travel and/or lack of jet lag; sleeping in your own bed, eating familiar food vs. sleeping in a hotel and eating whatever you find; getting an extra adrenaline rush from the home crowd cheering - i.e., the 12th man (or 13th as they call it in Saskatchewan!) effect; home crowd effect on officials giving favorable calls; familiarity with playing on home field; possible additional comfort/amenities of home clubhouse/dugout/bullpen vs  visitor’s facilities.

And maybe there are more, but the above, if not necessarily measurable or even significant are at least intuitive, and I’m sure my readers can think of other similar advantages.

Looking at these factors, it would seem that baseball has more home of these advantages than other sports. Most fields in other sports have the same dimensions. In baseball, every field is unique. A left fielder who plays 81 games at Fenway Park is likely to know how a ball bounces off the monster better than a non-division opponent who sees the wall three times a year. Teams can tailor their rosters somewhat to their specific field conditions (e.g., more righty or lefty pull hitters depending on dimensions, more ground ball pitchers at Coors Field, faster outfielders in large outfields, etc.). Also, the fact that they play almost every day would exacerbate their travel tiredness/jet lag. Flying from Boston to Anaheim on a Sunday night, playing 3 nights in a row, and then going to Seattle for a series starting on Thursday seems to be more tiring than playing in Foxborough on Sunday and having a week before the next game in Seattle and another week off before playing their next game, even if it is back on the East coast.

2 – Strategic advantages of being the home team
This is specific to each sport. I’m not familiar with any strategic advantages in basketball, soccer or football (does it matter who calls the coin flip? Maybe there’s a psychological advantage? I doubt it).  In the NHL, the home team gets to make the last line change. I don’t know much about hockey so don’t really understand if this is a significant advantage, but at least it’s a difference.  And in baseball, of course, the home team bats last.  This should be a huge benefit. In the bottom of the 9th or later, the home team KNOWS whether they just need to score one run to tie or win, or need to be conservative on the bases to play for two or more runs. In the top of the inning, the visiting team has no such luxury. They need to weigh the probabilities of trying to tie the game vs. taking a lead. If the visitors take the lead in the 9th or later, the home team always has a chance to tie or win. In the same situation, if the home team takes the lead… the ball game is over.

So, again, baseball has more of a strategic home field advantage than other sports.

But none of these advantages seem to show up in the home/away splits of baseball teams as much as they do in other sports.  This recent 538 article shows that NBA teams win approximately 60% of their home games, NFL 57%, NHL 55% and MLB 54%.  Just using simpler numbers, this season only eight of 30 NBA teams had losing home records, and seven had winning road records.  Several teams that weren't close to making the playoffs, including Detroit and Dallas who came in last in their divisions, had winning records at home.  Meanwhile, Cleveland with the second best record in the entire conference, had a losing record when not playing on home court.   The NFL had similar numbers with only 7 of 32 teams having losing records at home, and the same number winning more than losing on the road(*). The Houston Texans made the playoffs despite going 2-6 on the road,  by going 7-1 at home. The Eagles had the opposite problem: 6-2 at home couldn't overcome a 1-7 road record.

So, my question is WHY is there a not a bigger difference in the home vs road records in baseball than there is in other sports?

I don't know.  I'd love to hear my reader's thoughts. Please post in the comments below, or @ me on twitter

* Several teams had identical 4-4 records and I didn't include these
Posted by Baseball Ruben at 22:36