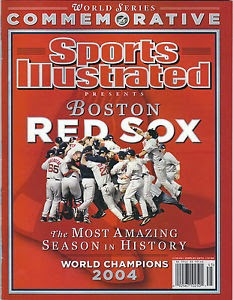 The Red Sox have announced that they will be honoring the 2004 World Series Champion team in a pregame ceremony on May 28th.

When looking at the list of players who will be on hand that evening, what struck me was  how many have strong Canadian and even Albertan ties.

Among the players who will be there are:
Kevin Millar as a Marlin minor leaguer he played for their AAA affiliate, the Calgary Cannons, in the Pacific Coast League in 1999.

Mike Timlin - remembered for being on the mound and getting the assist on the last putout that clinched the first Canadian World Series victory ever, for the Blue Jays, he also played minor league ball in Medicine Hat, for the Pioneer League Blue Jays in 1987. 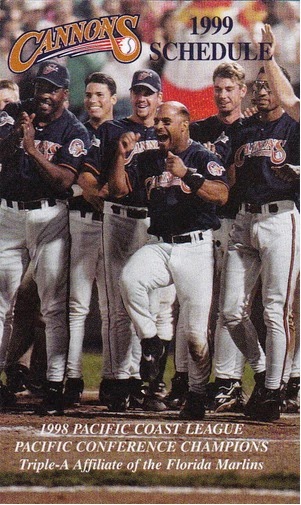 Lynn Jones - Boston's 1st base coach, was also the manager of the Calgary Cannons in 1999 and 2000.  As a player, he spent some time in Quebec, playing AA for the Reds organization in Trois Rivieres in the Eastern League from 1975 to 1977.

Mike Myers - he played for the Marlins AAA affiliate, the Edmonton Trappers in 1993 and 1994.

Ron Jackson - the popular hitting coach, "Papa Jack", played for the White Sox AAA affiliate in the PCL, the Vancouver Canadians in 1988.

Orlando Cabrera - played for the Montreal Expos until coming to the Red Sox as part of the Nomar trade.

Phil Seibel - never played for a home team in Canada, but was drafted by Montreal and played in their organization in the low minors until being traded to the Mets.