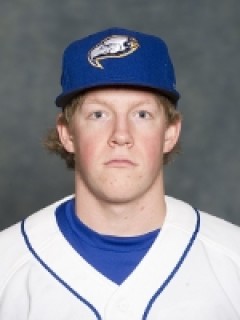 He played for the North Shore Premier Twins in Vancouver from 2007-2009 helping them to 3 BC Premier Baseball League Championships, where he stood out both as a pitcher and middle infielder.  He played for Team BC in the Canada Cup in 2009 where he was one of the team's leading hitters.   He was also a member of the Canadian National Junior Team.  After graduating high school, he went on to UBC where he's been the Thunderbirds regular second baseman.  Last summer he played for the Kelowna Falcons of the West Coast League - a collegiate summer league that has been compared to the Cape Cod League that many Red Sox fans are familiar with - and this year he was playing for the Saskatoon Yellowjackets of the WMBL when he got the phone call that he'd been drafted.

Now, let's just hope the Red Sox are successful in signing him.

To track the signing status of the players the Red Sox (and any other team) have drafted, check out this excellent Draft Signing Tracker at 85% Sports.  It is not only updated with who has signed, but it has their signing bonus as well as the slot amount and the impact to the bonus pools.