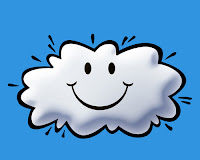 
After blowing a 9 run lead to the Yankees on a nationally televised game on April 21st, our bullpen was a mess.  We were 4-10 and sinking fast.  But then something funny happened.    Our bullpen has quietly turned into one of our strengths.  After posting an ERA > 6 in April, the bullpen has collectively had a 1.64 ERA in May  (and that includes DMac giving up 3 runs in his 1 inning of work).  We have won several games where our starters got knocked out early, but the pen didn't give up a run and gave our hitters a chance to get back into the game.

Since that game we are 17-11.   If we continue winning at this pace, we'll end up with 94 wins.  Is this sustainable?  Well, we have done this with a rash of injuries.   Our starting outfielders were projected to be Crawford, Ellsbury and a Ross/Sweeney platoon.  Darnell McDonald was our 5th outfielder, and waiting to come off the DL was prospect Ryan Kalish.  When some early injuries hit we were forced to call up Jason Repko.  ALL 7 of these outfielders are now injured!  Daniel Nava, Marlon Byrd, Che-Hsuan Lin and maybe even Scott Podsednik are now patrolling the outfield.  Yet, we keep winning.  Kevin Youkilis has also been out of the lineup most of this time.   When we get some of the regulars back in the lineup the offense can only improve.

Meanwhile, our longtime rival Yankees, may not be one of the teams we need to worry about. Being 9-6 after beating us on that aforementioned game, they have gone 12-15 since.  They do have some injuries, most notably to closer Mariano Rivera, starter Michael Pineda and outfielder Brett Gardner.  Gardner will be back soon, but meanwhile they have been playing with their #4 outfielder in his place.   Losing the best closer of all time is softened by the fact that he was replaced by David Robertson, who currently is better than him  anyhow.  Gardner's return may improve the Yankee lineup but I don't think he'll have the same impact as Ellsbury, Youkilis, Crawford and the rest returning to Boston's lineup.

Tampa has looked very good, but they started out fast and are coming back down to Earth, going only 9-10 in May.

The Toronto Blue Jays also look very good and dangerous.  However, the fact that they have Canadian Alex Anthopoulos at the helm gives me some relief.  He is a very smart baseball person, maybe the best GM in the game right now.  If the Jays are in the pennant race at the trading deadline (and I have no reason to think they won't be), he will NOT mortgage the future in a go-for-it-now mode.  He will patiently try to sneak into the playoffs, and keep his youngsters intact for the following seasons. (and THEN we will have good reason to worry about them).

We only need to finish ahead of one of the 3 teams above to make the playoffs.  I don't expect any teams from the other divisions to be in the wildcard race.  So I think Boston, and the 3 AL East teams above will be fighting for the division and the 2 wildcard spots.  (Yes, I realize I neglected to mention Baltimore. I won't waste any more time talking about them.  They are not our competition).  And I like where we are right now, and the direction we're headed.  It's going to be a fun summer!